From her earliest years, Rohini Ralby sought to understand the bottom line of existence, and cultivated the discipline to work toward that goal. Her professors at Washington University in St. Louis, especially Annelise Mertz and Leslie Laskey, stripped her of her superficial notions about dance, art, and architecture. Graduate school took her to the San Francisco Bay Area for a Master’s degree in dance at Mills College. The search for her movement, her authentic expression, led her to Tai Chi Chuan, which she studied intensively in Berkeley with T. R. Chung, a student of the great master Kuo Lien Ying. 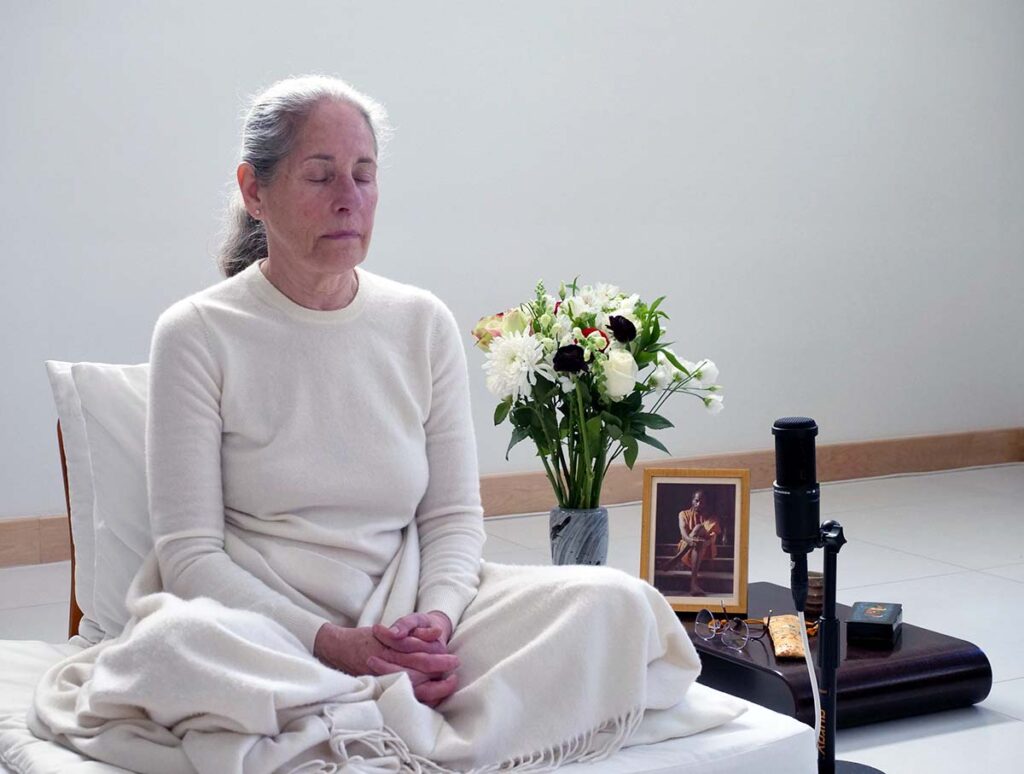 After Baba left his body in 1982, Rohini returned to America. For the past three decades, she has quietly passed on the internal practice taught to her by Muktananda. She also delves into and shares texts such as the Yoga Sutras, the Siva Sutras, the Upanishads, the Bhagavadgita, the Pratyabhijnahrdayam, the Vijnanabhairava Tantra, the Bhakti Sutras, and the Philokalia. Rohini goes beyond ordinary exegesis and shares the experience that lies behind each reading.

Everything Rohini shares she owes to Baba. Through all the years, he has been with her.